February 14, 2022
After more than one year of service, ASTOR is scheduled to retire in early Mar 2022

From the beginning, we wanted a reward model that would allow folks to join/support the project without significantly loosing the benefit of delegating to a large pool. The economic dilemma is obvious - a large pool has a much lower cost to every block it mints. The closest we could come to an ideal setup, is to run the pool non-profit. The operator would of course get what is actually needed to run the pool, all else is distributed to folks who support the project. We also wanted to have a charitable aspect to this as well. We therefore decided to directly give 100% of the pool's margin to charity - currently, we plant tress for the planet.
This worked out great for the longest time and although being a small pool we could provide significantly higher payouts than even the largest pools. 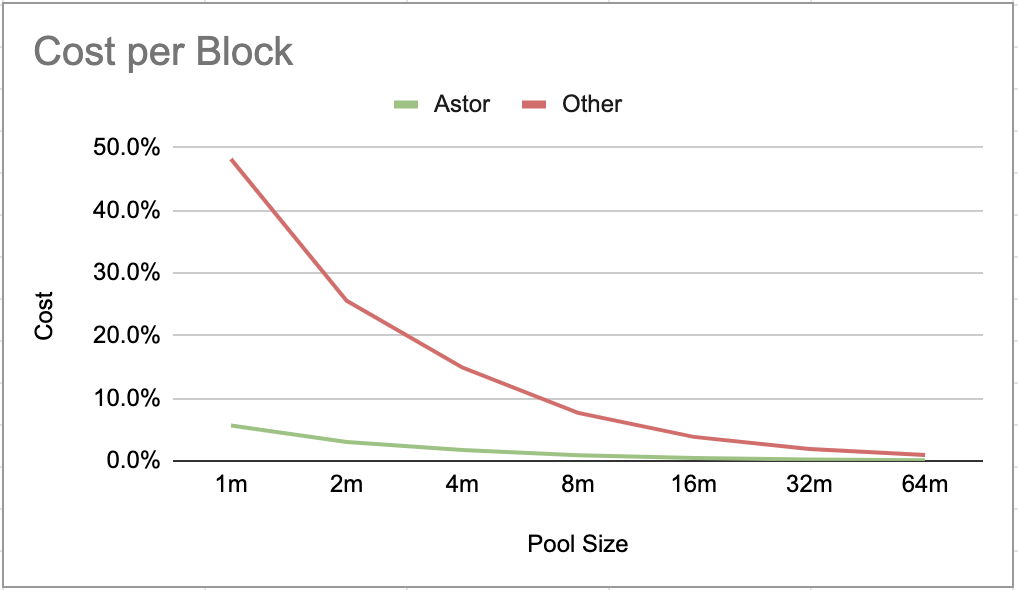 Ideally, these payouts would not have to be done manually but instead become an integral part of network functionality. SPO rewards that aren't needed to run the pool reliably/securely can be controlled by a Plutus smart contract and delegators can then redeem their respective share by swapping Astor tokens. We did this every month and gave back 1800 ADA for every six epochs we made block (i.e. 300 out of 340). 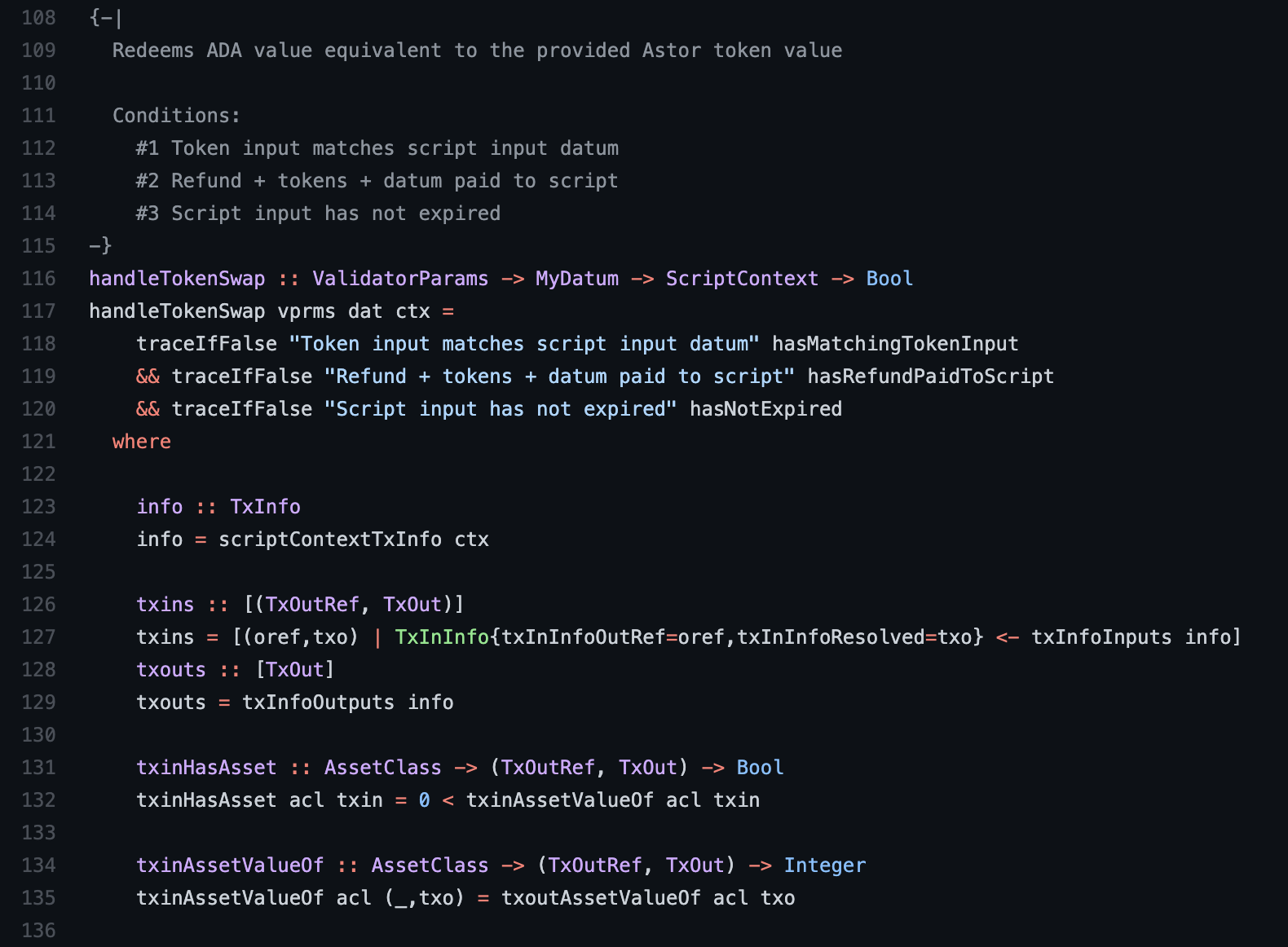 Astor had more stuff going for it ...
Yes, plenty of forum activity, GitHub issues and pull requests, but the main thing of course was the multiarch Docker images for the node and accompanying tools - 10k downloads isn't nothing. The story was: Running a Cardano node is easy
After so much success ...

Why on earth are you shutting down?

After much painful talk, we decided to shut down because ASTOR lost 90% of its active stake and with that turned from an asset to a liability not only for me but more importantly for every delegator too. The chance of minting a block dropped significantly to 0.24 slots per epoch, which translates to a much higher cost per block.

I can no longer talk to friends and family and recommend delegating to ASTOR. Even though ASTOR only keeps 40 ADA for every epoch the operation is no longer viable. There is no way, that can justify a 27% loss for delegators rewards.

Is there any way we can keep this project running?

Of course there is and its actually very simple to do so. Especially now that I see so much overwhelmingly positive feedback on that Twitter thread.
For over a year ASTOR may well have been the most profitable pool out there and very few people knew about it. With an "effective cost per block" of merely 0.4% it often meant significantly more rewards to the delegator than anywhere else.
Non-profit for the benefit of many
... assumes that there is something to distribute in the first place - this is where we need to return to.
An arbitrary/sensible threshold would be an "effective cost per block" of ...

which means an average of 3.23 blocks per epoch or 3.6m active stake

Know your respective cost per block

There is a good chance that you are currently delegating to a pool where the operator pockets all of the 340 ADA fix and you get nothing back despite only a fraction of that is actually needed to run that pool. Fix isn't related to economic realities (which is a problem in itself IMHO). No one actually "needs" $2040 (+ margin) per month to run two simple servers. With the price of ADA hopefully appreciating again, that fix becomes even more questionable.

Specifically, if you delegate to a pool that makes 27 blocks per epoch or less, you would have a benefit from the ASTOR model. The funny thing is, there is actually a negative cost to keeping this project running - all would benefit ;-)
I won't judge how others run their business. ASTOR seeks out a model that can bring the highest possible benefit to those who care to participate.

What about pool margin?

Yes, ASTOR has a pool margin of 1% to get the benefit of the ASTOR non-profit model you also agree that we can use all of that margin to good in the world. Nothing fancy, we plant trees ... 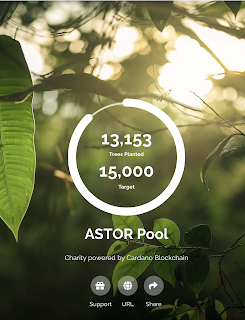 ... quite a few so far. The ASTOR pool margin might in the end actually work in favour of keeping this project going.
That's it from me - there are still 26 days left to make it work.
Look forward to hearing your feedback
Cheers 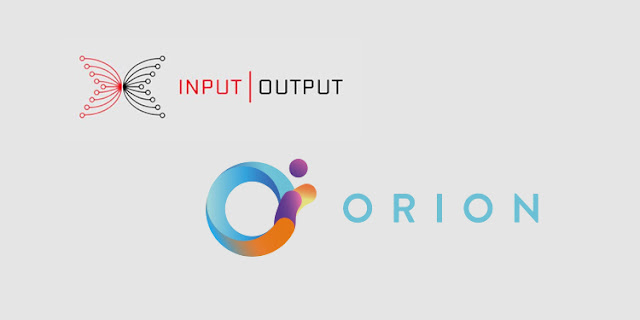 How to swap your Astor tokens with Plutus 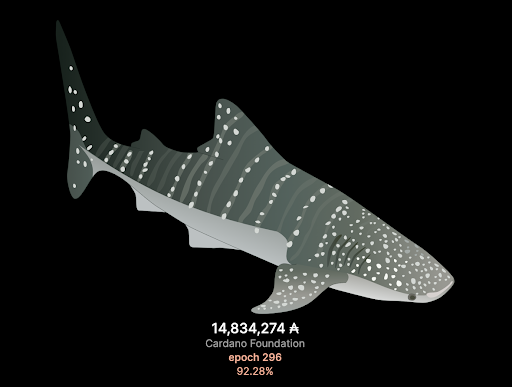 Starting with payout period [290...296] we are sending out Astor tokens that can be swapped 1:1 against real Ada by sending them to a Plutus smart contract. In that way, our payouts to loyal delegators become part of the network functionality allowing us to lower pool cost even more. Thanks to the delegation from the Cardano Foundation  Astor will now have an effective delegator cost of 0.3% The 1% pool margin is still used to plant trees for the planet - lots of them. This is your daily climate action, while maximizing your rewards. When receiving Astor tokens, you will see a transaction in your wallet like this ... To swap these Astor tokens you will have to send them to a Plutus smart contract that is executed on the Cardano blockchain. Drafting such a Tx is a little involved ... so we thought, we make it as easy as sending tokens to a target address . What actually happens is that there is process that continuously monitors that address for token inputs and then does the Plutus inv
Read more